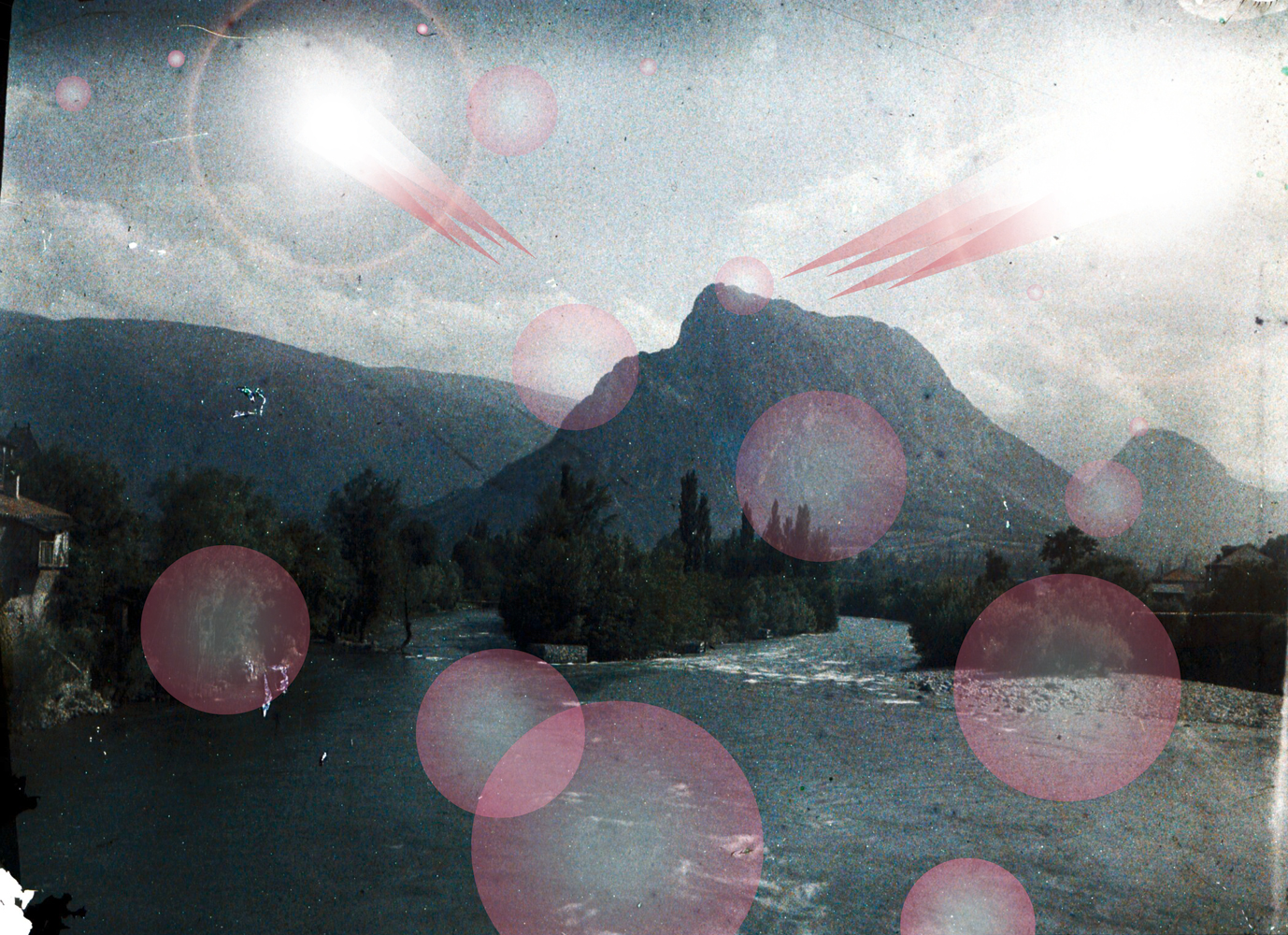 These varied mediums and their relationships with each other highlight the charged spaces between traditional visual art objects, newer ephemeral art forms, and post-cinema.

My artworks are often made in small groupings, where different mediums begin with the same raw materials (for example, a generative artwork, paper-based work, and video might all begin with a single photograph or film strip). The works that result from this process interrelate. And they influence each others’ production processes as if they’re my artistic partners. A paper-based work can be a development on a moment seen in a random composition or website, and a video can use a motif structure from a paper-based work. In some projects, my paper-based works and videos can have secondary roles as storyboards and animatics, while I’m making a random composition. This mimics production processes in entertainment industries such as cinema and gaming.

Areas of focus include chance and liveness. I use algorithms to build chance procedures into my random compositions and websites so they can’t be viewed the same way twice. Analog raw materials provide a low-tech visual equivalent of wow and flutter, bringing random variation into a high precision digital context. I often combine recent digital materials (such as 2D & 3D illustration and modelling objects, randomization algorithms, or a variety of hacked softwares), with lo-fi materials (analog film loops converted to GIFs, or vintage photographs, pencil and paint).